Invest early, globally, and often in market leaders of tomorrow.

“Knowledge is the only instrument of production that is not subject to diminishing returns.” 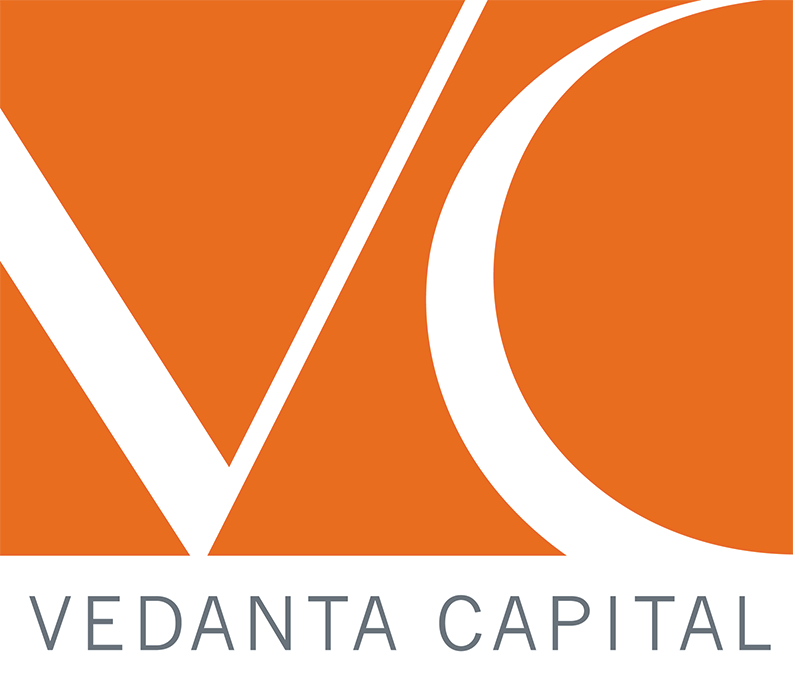 Vedanta Capital understands that talent drives innovation. Professionals at Vedanta have over 30+ years, various business cycles, at multiple stages of development and across multiple industries. Vedanta has partnered with hundreds of entrepreneurs and co-investors to help projects reach their full potential.  We seek to partner with passionate, creative, and successful individuals.

Vedanta’s investment professionals have collaborated in over 300 companies and 400 partnerships. We bring a depth of experience and long-standing relationships established as an active participant in building the next generation of market leaders.

Our accumulated experience, collective networks and diverse backgrounds provide us with effective tools to identify, attract, finance and build high growth businesses.  We leverage our shared knowledge, industry relationships, and the perspective and wisdom of our Limited Partners to help guide and support passionate entrepreneurs as they execute on their vision.

We have collaborated with some of the most successful entrepreneurs who have built market leaders. 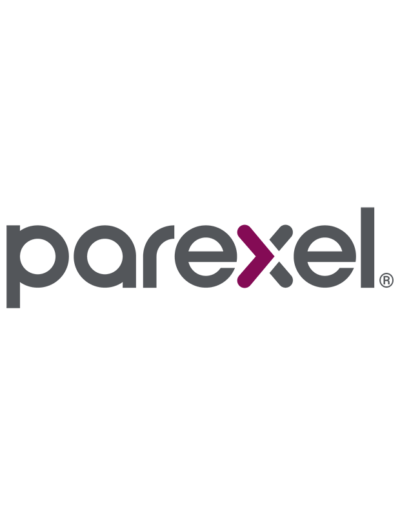 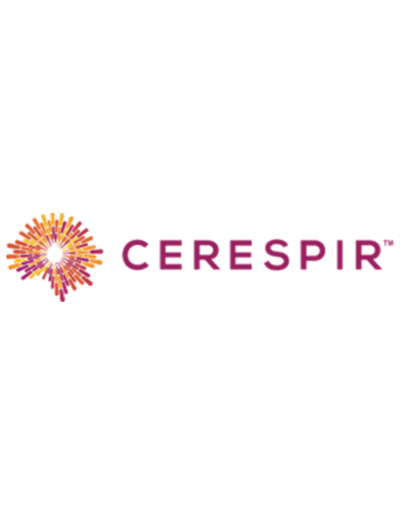 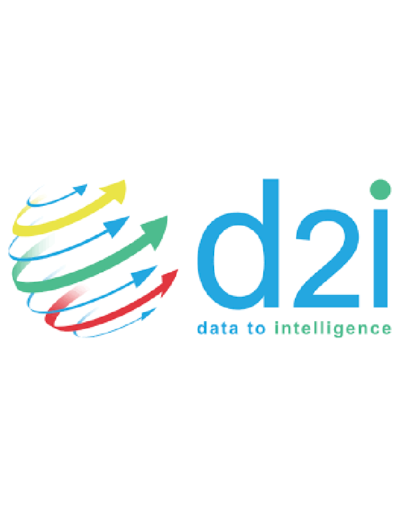 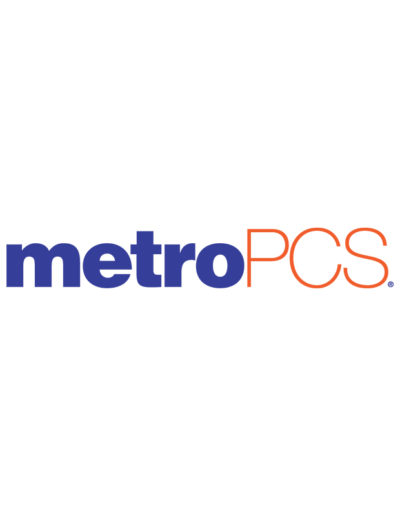 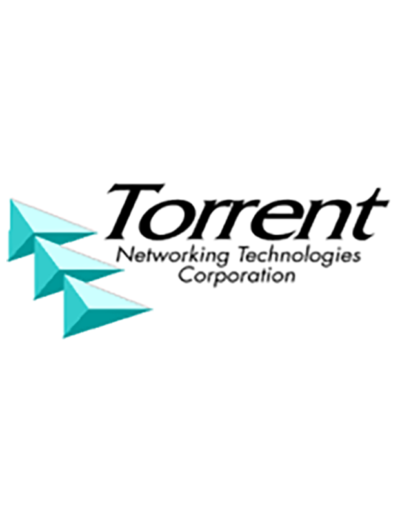 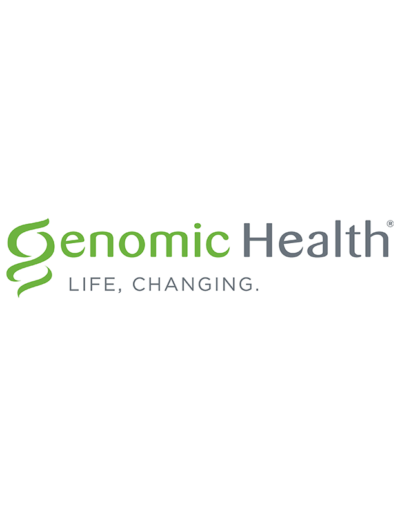 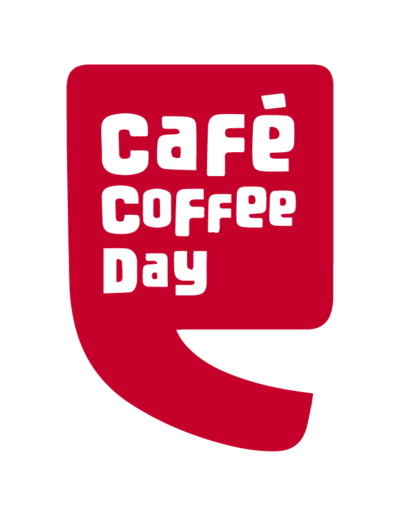 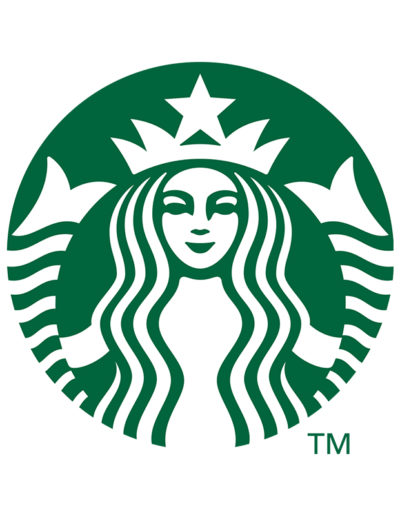 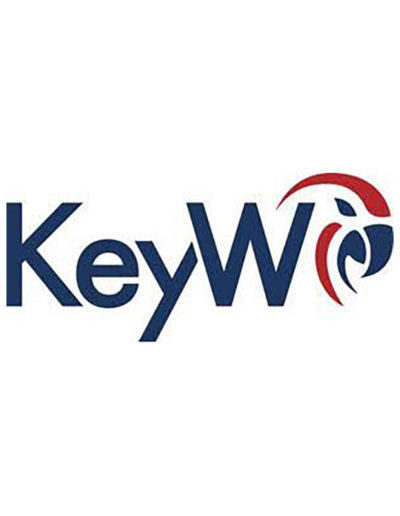 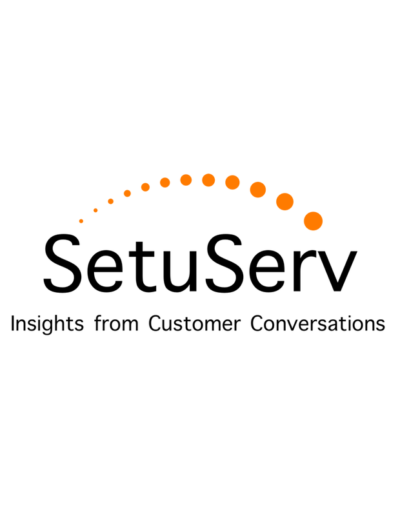 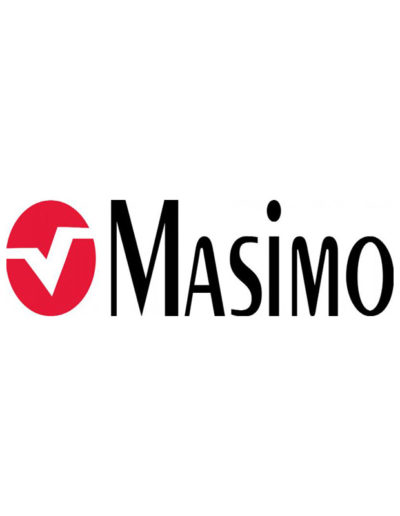 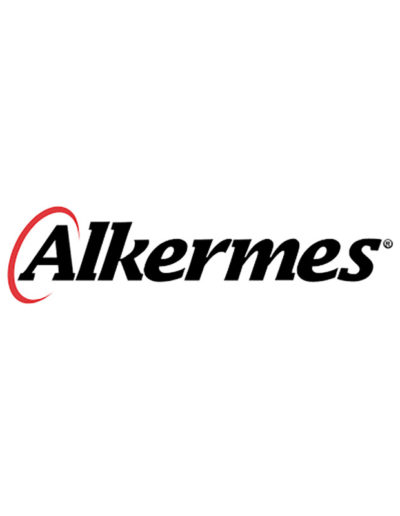 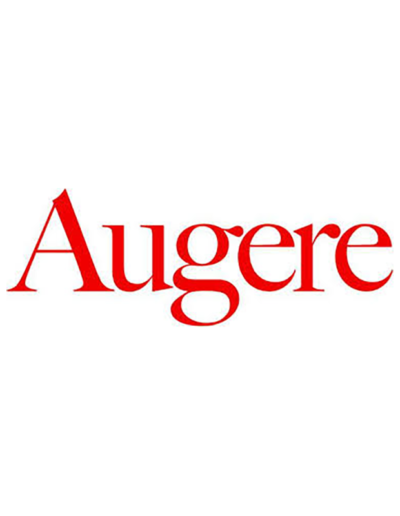 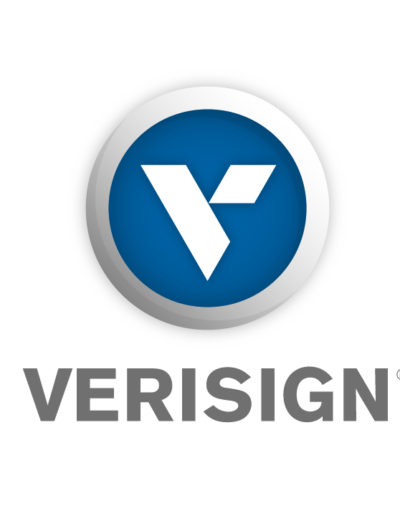 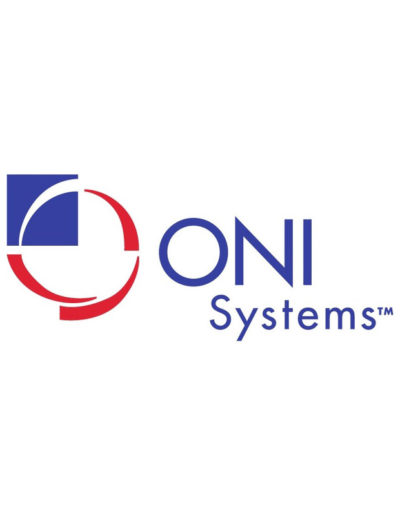 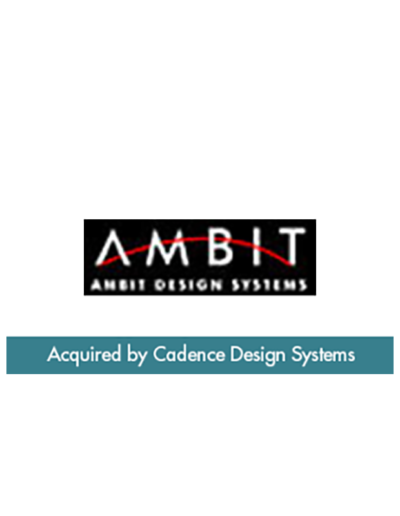 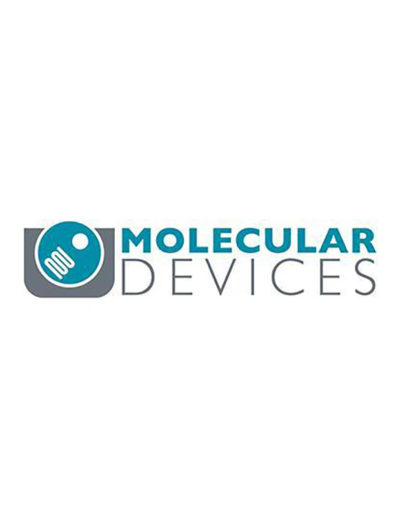 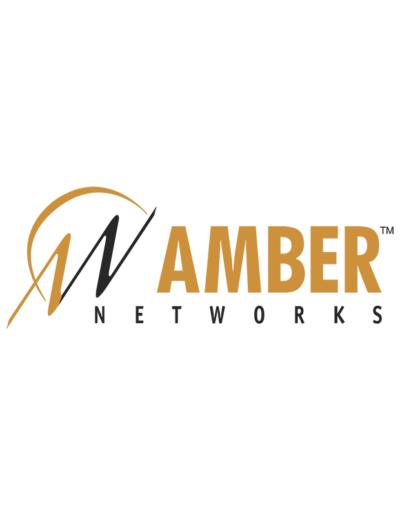 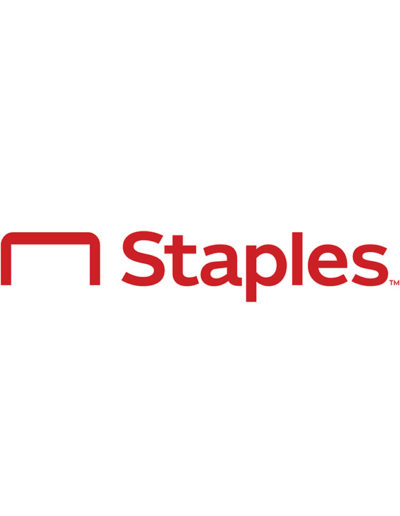 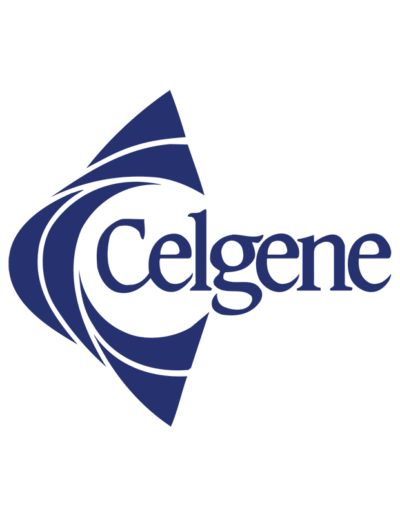 Biotechnology company that discovers, develops and commercializes medicines for cancer and inflammatory disorders 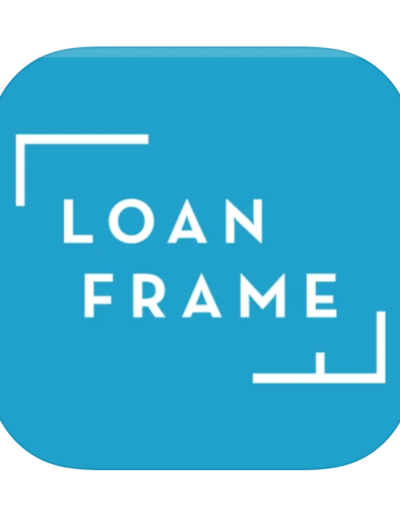 Aims to revolutionise small business lending in the subcontinent through cutting edge technologies and automation. 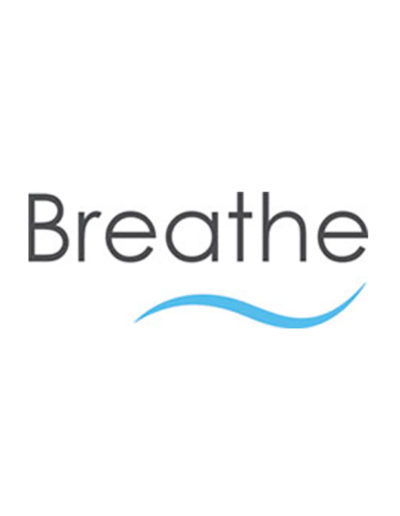 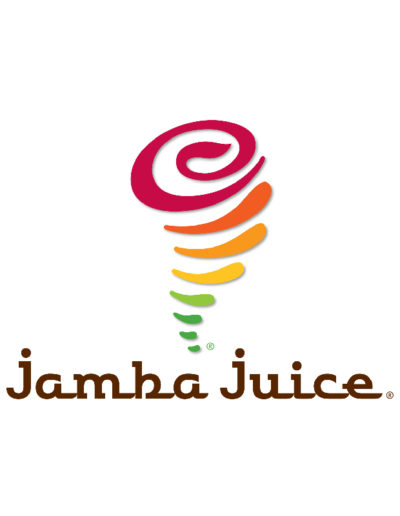 Smoothie & juice chain with over 875 locations 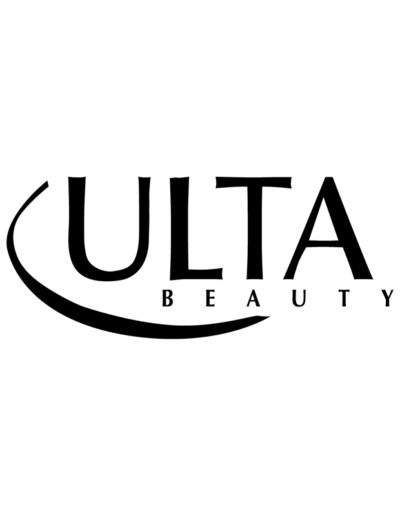 Chain of beauty stores in the US; carries cosmetics and skincare brands, men’s and women’s fragrances, and haircare products 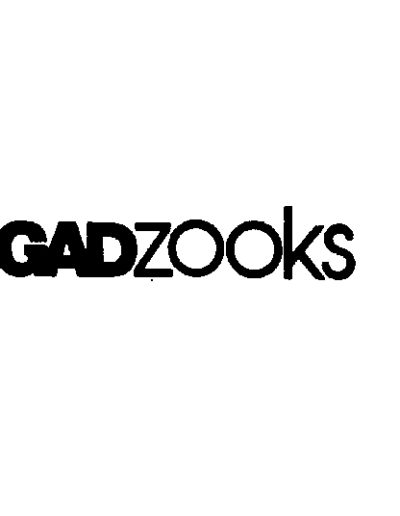 Returns in private equity, particularly in venture capital, have been generated by a relative handful of visionary, market-altering companies.  These companies, in turn, have traditionally been nurtured, supported, and developed by a select group of venture firms, creating a virtuous cycle wherein the top entrepreneurs continue to seek out the top venture firms.  Our limited partners have participated in some of the greatest value creation of the past 30 years.

We seek to balance the persistence of returns with the identification of talented emerging markets in order to deliver top returns. 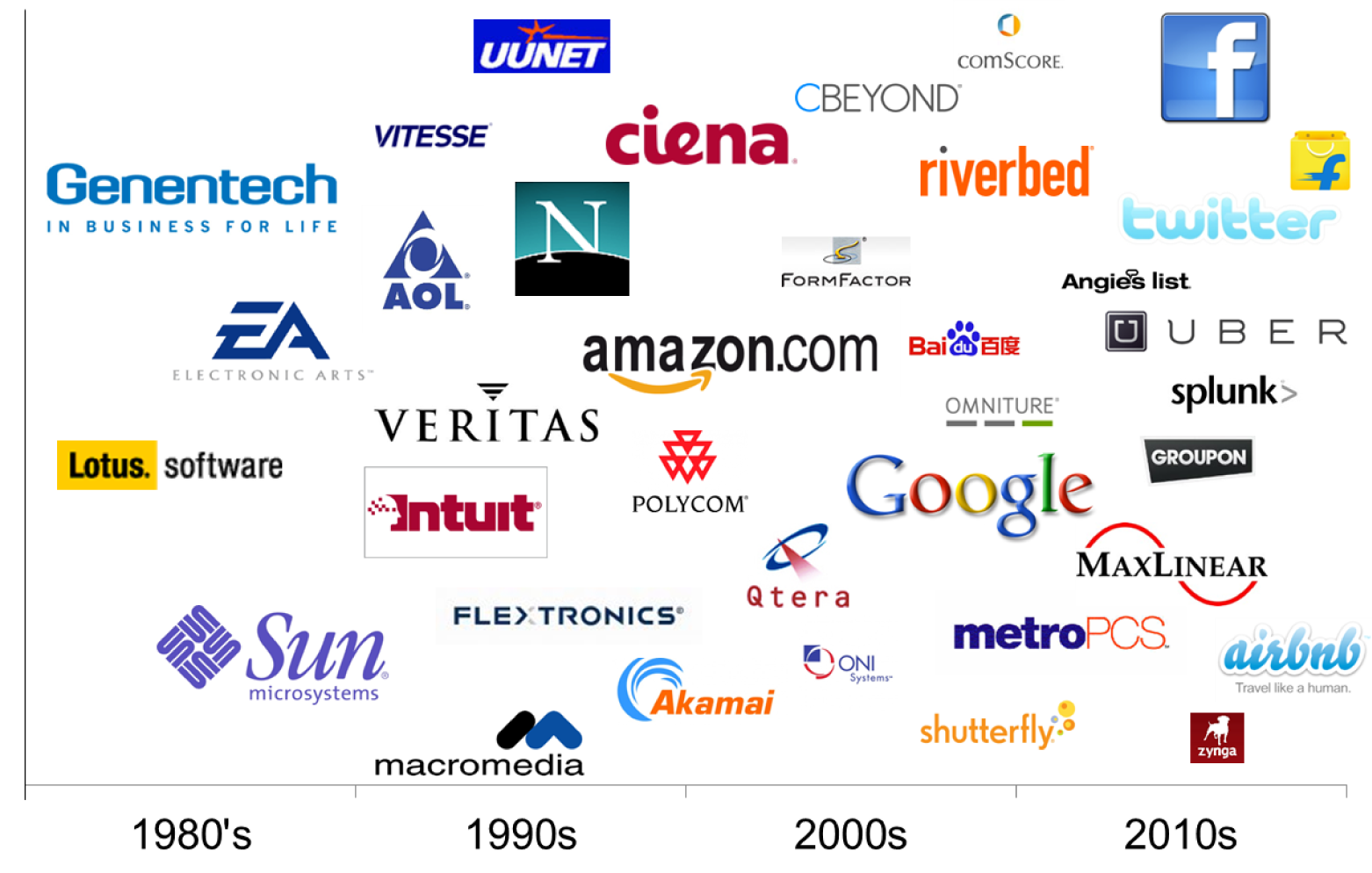 The senior members of Vedanta Capital’s team led the investment activities at Invesco Private Capital until 2006. Our partners have worked together for over two decades.We bring to Vedanta our investment experience, fund management expertise, operating experience, deep domain knowledge, domestic and international networks, and a commitment to best practices.The close bond we have already developed as partners and colleagues enables us to effectively harness our collective knowledge as we make investment decisions and we work together to bring value to our portfolio companies.

Gonzalo joined Vedanta Capital in 2006. He has responsibility for managing the firm’s Collateralized Financial Obligation, a $275M structured Private Equity fund of funds and is a member of the firm’s investment committee, including responsibilities for monitoring and selecting fund investments.

Before joining Vedanta Capital, Gonzalo was a Senior Portfolio Manager at Citigroup Asset Management in New York  where he was a Director and managed all Collateral Bond Obligation Funds (CBO’s) with emerging markets collateral.  He joined Citigroup in 1986 in Switzerland in the Private Bank Investment Services area and was a Vice President and Portfolio Manager of Global Fixed Income and Balanced funds. A member of various investment policy committees, he was also an Investment Counselor, specializing in emerging markets and derivatives transactions.  At Citigroup Asset Management, he helped launch and manage various local, regional and global fixed income funds for over 10 years in addition to taking on overall responsibility for $650MM in CBO’s. Prior to joining Citibank, Gonzalo worked at Business International S.A. in Geneva, where he was Associate Director of the Human Resources Division, with responsibility for compiling and marketing cost-of-living and executive compensation studies.

He has been Adjunct Professor at Webster University in Geneva and John Jay College in NY. Gonzalo earned his B.A. and M.A. in economics from the University of Florida and a Diplôme d’Etudes Approfondies in economic policy from Institut d’Etudes Politiques in Paris, France. He earned his PhD in economics from the City University of New York, concentrating in environmental and financial economics. He also holds a Chartered Financial Analyst designation and is a member of the New York Society of Security Analysts.

Andy is a Firm Partner at Vedanta, where he is responsible for business management. Andy is also involved in portfolio fund selection.

Prior to Vedanta, Andy had a similar role as Chief Administrative Officer for INVESCO Private Capital, which was the private equity arm of the INVESCO/AMVECAP organization, one of the world’s larger global independent publicly traded money management firms. Prior to INVESCO, Andy was the General Counsel of Chancellor Capital Management, a leading employee-owned money management firm, subsequently acquired by INVESCO. Andy began his career in 1985 as a Corporate Associate at Debevoise & Plimpton, a leading global law firm, where Andy specialized in private capital transactions, mergers and acquisitions, corporate finance, U.S. securities laws and investment management.

Venture & Operating Partner
Prior to co-founding Vedanta Capital, Howard was a General Partner and co-founder of Invesco Private Capital where he led the consumer practice. In 1984, Howard joined Citicorp Investment Management, which was spun out in 1988 to become Chancellor Capital Management, and was eventually acquired by Invesco. During his tenure, the firm made over 400 partnership investments and 300 direct investments with top quartile performance.
Howard’s expertise is in consumer and retail investing. He has been involved in a variety of investments, including Brueggers Bagels, Cafe Coffee Day, Catalina Marketing, CompUSA, Cosi (COSI), Gadzooks, Gaiam.com, Jamba Juice (JMBA), PetSmart, Promotions.com, Staples (SPLS), Starbucks Coffee (SBUX), White House/Black Market (sold to Chico’s “CHS”), Ulta Salon, Cosmetics & Fragrance (ULTA) and Southern Showcase Housing (sold to Champion Enterprises “CHB”).
He also followed the group’s investments in Phillips Smith, Catterton Partners, Essex Woodlands, Bridge Capital, and Austin Partners.
Howard earned a J.D. from Brooklyn Law School, where he received the American Jurisprudence Award and The Honorable Nathan R. Sobel prize. He received a B.A. with honors from Clark University. Howard is on the Board of The Make-A-Wish Foundation of the Hudson Valley and is a member of the Audit and Finance Committee of The Make-A-Wish Foundation of America.

Before joining Vedanta, Michael was a Principal with Invesco Private Capital (“IPC”) from 2001 until 2006 where he was responsible for the analysis and selection of direct investments in information technology. While at Invesco, Michael led the investments in Arcot, Centrify and Consentry.
Michael joined AMVESCAP, IPC’s parent company, as a Corporate Associate in 2000.

He completed several rotational assignments with different business units throughout Invesco including assignments with teams managing the Invesco Technology Fund and the Invesco European Small Cap Fund. Prior to attending Columbia Business School, Michael was an Executive Recruiter with Russell Reynolds, where he focused on the Financial Services industry. Michael graduated from Columbia Business School in 2000 with an MBA in Finance, and from Wesleyan University, with High Honors, with a BA in Latin American Studies in 1995.

Margaret is a Partner of the firm, where she is responsible for all financial and administrative functions for the organization. Margaret joined Chancellor Capital Management (a predecessor firm of Invesco) in 1989 and held various financial management positions for Chancellor, including working closely with the Vedanta team in supporting the venture capital activities. After the acquisition by Invesco, Margaret joined Invesco Private Capital full time as its CFO. Margaret began her career as an auditor for Carlson Companies before joining Chancellor. Margaret earned a BS in Accounting from the University of Wisconsin at Eau Claire in 1985.

Shrikant has over 24 years of operational experience in the technology area, over 20 years of which have been with private companies. He has played a role in many functional areas including engineering, marketing, business development, international sales and general management. His expertise spans semiconductors, systems and software, networking and communications, wireless, security and design automation. Shrikant started his career at Intel Corporation in engineering in 1979.

Since leaving Intel in 1981 he has worked for several private companies, two of which (Daisy Systems and Cadence Design Systems) have gone public and one has been acquired by a publicly traded company (Infineon Technologies). He worked at Daisy Systems as Customer Marketing Manager, at Cadence Design Systems as Director of Product Marketing and Director of Strategic Vendor Partnerships, and at Infineon Technologies as Senior Vice President of Marketing for a business unit.

He was a co-founder and Vice President of Marketing and Operations for a start-up company, SiNett Corporation, from 2002 to 2006, at which point he joined Vedanta Capital. Shrikant is a board observer at Erasmic Ventures, an early stage venture capital fund operating in India, and is a member of the advisory board for Harbinger Systems, a web product and services company.

In 1977, Shrikant received a B. Tech. degree in engineering from The Indian Institute of Technology, Bombay. In 1979 he completed a masters program in electrical engineering at Virginia Polytechnic Institute, and in 1983 he received an MBA from The Wharton Business School, University of Pennsylvania.

Parag Saxena, Distinguished Alumnus of the Indian Institute of Technology, Bombay, co-founded two private equity investment management firms, Vedanta Management and New Silk Route, over a decade ago with commitments above 2 billion U.S. dollars. Over the span of his 35-year career, he has been part of investments in companies that have created hundreds of thousands of jobs and that have an aggregate market value exceeding $500 billion as of June 2018.

Mr. Saxena has been named multiple times to the Forbes’ Midas List which ranks the best global investors. He has raised billions of dollars of capital in both private and public markets around the world. He has led or been a part of over 80 healthcare venture investments in the areas of pharma-biotech, digital health, medical devices, hospital management and health insurance over three decades.

Previously, he was Chief Executive Officer of INVESCO Private Capital (and its predecessor firms), a venture capital firm in the U.S. During his 23-year tenure at INVESCO, over 300 investments were made, including Amgen, Costco, PictureTel, Polycom, Staples and Starbucks. Mr. Saxena led more than 90 investments for INVESCO Private Capital (and its predecessor firms), a third of which went on to become public companies. These investments include Alkermes, Celgene, Genomic Health, Indigo, Masimo, Transgenomic, Xenon Pharmaceuticals, Amber Networks, ARM Holdings, Horizon Health Corp. and MetroPCS. He started his investing career in 1983 with Citicorp Investment Management (later became Chancellor Management).

Mr. Saxena has served on committees advising the Prime Minister of India on foreign direct investments, and the Planning Commission of India on venture capital. He has also addressed U.S. Congressional Members on Venture Capital and Healthcare.

Mr. Saxena was a Director of the Indian Institute of Technology, Bombay’s Heritage Fund as well as a Trustee of the Bharatiya Vidya Bhavan. He is on the Advisory Board of the Center for Advanced Studies on India at the University of Pennsylvania and is on the Indian Advisory Council of Brown University. He is also a Founding, Global Advisory Board Member of the Wilson Center in Washington D.C, a past Board Member of the TB Alliance and on the U.S. Advisory Board of the Royal Shakespeare Company. He was the President of TiE Tri-State (NY, CT, NJ) from 2003 to 2010. He was also on Mayor Bloomberg’s Applied Sciences NYC Advisory Committee which attracted Cornell University to New York City.

Mr. Saxena received an M.B.A. from the Wharton School of the University of Pennsylvania. He earned a B.Tech. from the Indian Institute of Technology, Bombay and an M.S. in Chemical Engineering from the West Virginia College of Graduate Studies.

Jason joined Vedanta Capital in 2008. He previously worked for Invesco Private Capital (IPC) since 2000 as Analyst responsible for all database management. He was then promoted to Manager in charge of maintaining all quarterly fund of funds data, as well as daily accounting and monthly investment summaries for all funds managed by IPC. He has over 9 years of experience in financial services and began his career in 1999 with Boston Financial Data Services as a member of the global technology division. Jason graduated from Eckerd College in St. Petersburg, FL in 1999 with a B.A. in Business Management.